Obverse: A six pointed star, in the centre of which is the Royal Cypher surmounted by a crown superimposed on a circlet that bears the words "THE ITALY STAR".

This bronze star was awarded for operational service in Sicily or Italy from the date of the capture of the island of Pantellaria on 11th June, 1943, to 8th May, 1945. 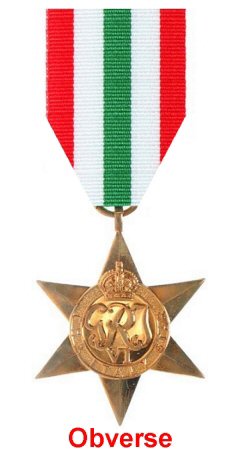