Obverse: A six pointed star, in the centre of which is the Royal Cypher surmounted by a crown superimposed on a circlet that bears the words "THE BURMA STAR".

Ribbon: 32mm wide. The ribbon is dark blue with a wide 10mm red stripe down the centre. The blue edges thus formed have a 4mm central orange stripe. The red symbolises the British Commonwealth Forces and the orange the sun.

The clasp awarded was "PACIFIC".

This bronze star was awarded for service in the Burma Campaign between 11th December, 1941, and 2nd September, 1945, both dates inclusive. 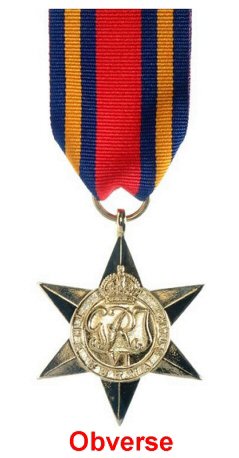 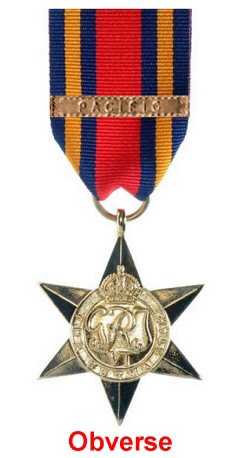