Obverse: A six pointed star, in the centre of which is the Royal Cypher surmounted by a crown superimposed on a circlet that bears the words "THE ATLANTIC STAR".

Ribbon: 32mm wide. The ribbon is of the shaded and watered type of dark blue, white and sea green symbolic of the Atlantic. The dark blue is worn to the left when facing the wearer.

The two claps issued were "AIR CREW EUROPE" and "FRANCE AND GERMANY".

This bronze star, awarded to commemorate the Battle of the Atlantic, was granted for six months' service afloat. The location of the qualifying areas differs in the case of the Royal Navy and the Merchant Navy. The 1939-45 Star must have been earned by six or, in the case of the air crews, two months' service in operations before the qualifying period for The Atlantic Star began. 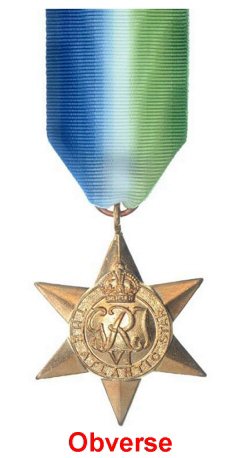 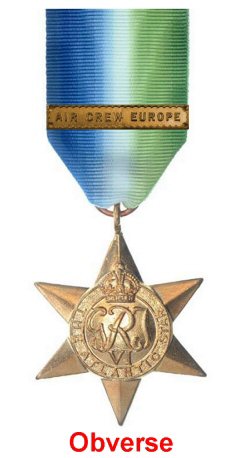 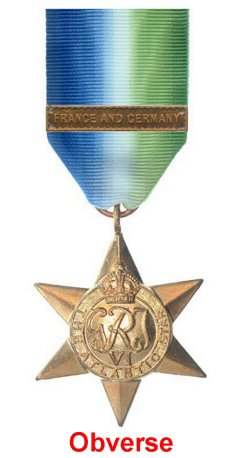