Obverse: A six pointed star, in the centre of which is the Royal Cypher surmounted by a crown superimposed on a circlet that bears the words "THE AFRICA STAR".

Ribbon: 32mm wide. The colours of the ribbon are pale buff with a 9mm red stripe and two 1.5mm stripes, one of dark blue and the other of light blue. The dark blue stripe is worn innermost, i.e. to the left when facing the wearer. These colours are symbolical of the desert, the Navy, the Army and the Air Force.

This bronze star was awarded for one or more days' service in North Africa between 10th June, 1940, and 12th May, 1943, both dates inclusive. 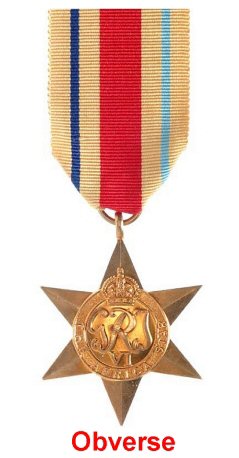 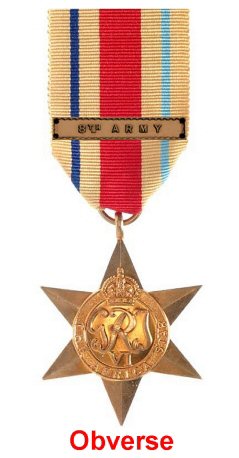 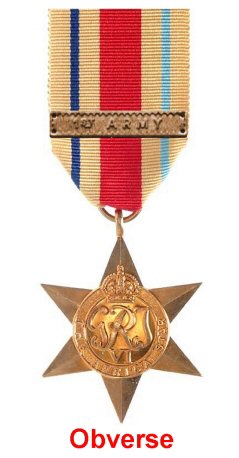 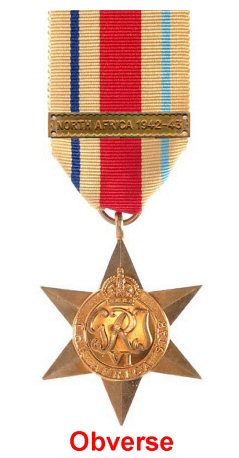