Obverse: A six pointed star, in the centre of which is the Royal Cypher surmounted by a crown superimposed on a circlet that bears the words "THE 1939-1945 STAR".

Ribbon: 32mm wide. The colours of the ribbon are, reading from the left when facing the wearer, dark blue, red and light blue in equal proportions. They symbolise the Navy, the Merchant Navy, the Army and the Air Force.

BOMBER COMMAND CLASP
Instituted in 2013, a clasp to the 1939-45 Star is granted to the aircrew of Bomber Command who served for at least sixty days, or completed a tour of operations, on a Bomber Command operational unit and flew at least one operational sortie on a Bomber Command operational unit from the 3rd September, 1939, to the 8th May, 1945, inclusive. The award of the Clasp is to be denoted by a silver rose Emblem when the ribbon alone is worn.
Eligibility is extended to those members of Bomber Command aircrew who did not meet the qualifying criteria due to service being brought to an end by death, wounds or other disability due to service, service marked by a gallantry award or taken as a prisoner of war.
Foreign nationals commissioned or enlisted into British or, the then, Dominion Air Forces (e.g. Royal Canadian Air Force or Royal Australian Air Force) are eligible provided the individuals did not receive a similar award from their own Government.
Eligibility to the Bomber Command Clasp has no effect upon eligibility for World War Two recognition previously awarded and does not suggest automatic eligibility for any further awards. 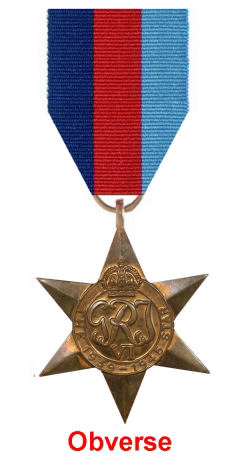 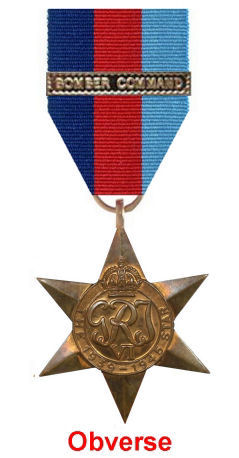 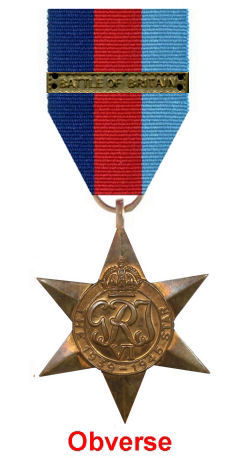