Obverse: A six pointed star, in the centre of which is the Royal Cypher surmounted by a crown superimposed on a circlet that bears the words "THE AIR CREW EUROPE STAR".

Ribbon: 32mm wide. The ribbon is light blue with 4mm black edges and two 2mm yellow stripes inside these, representing continuous service by day and by night.

The two clasps issued were "ATLANTIC" and "FRANCE AND GERMANY".

This bronze star was awarded for operational flying from United Kingdom bases over Europe between 3rd September, 1939, and 5th June, 1944. 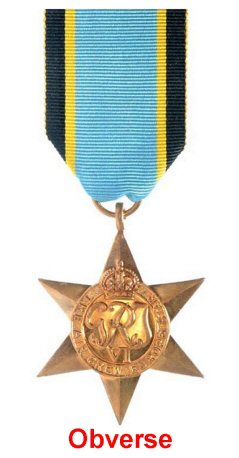 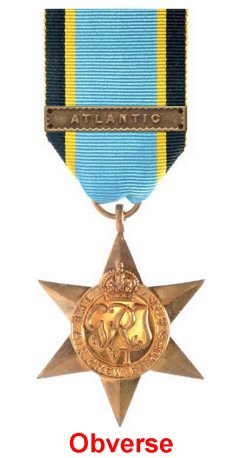 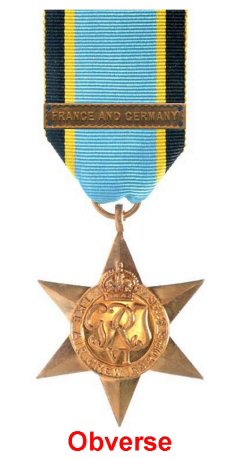