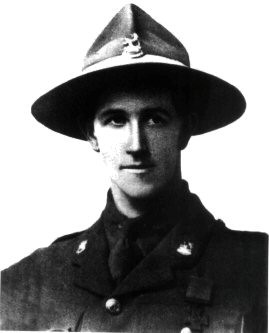 Corporal Andrew was born at Palmerston North, New Zealand, on 23 March 1897, and was 20 years old when the action for which he was awarded The Victoria Cross took place.

The citation from the London Gazette dated 6 September 1917 reads:

"For most conspicuous bravery when in charge of a small party in an attack on the enemy's position.

He then continued the attack on the machine gun post which had been his original objective.

He displayed great skill and determination in his disposition, finally capturing the post, killing several of the enemy, and putting the remainder to flight.

Cpl. Andrew's conduct throughout was unexampled for cool daring, initiative, and fine leadership, and his magnificent example was a great stimulant to his comrades."

In World War II he commanded the 22nd Battalion of the Second NZEF, and led the New Zealand victory contingent in London in 1946.

The medals awarded to Corporal Andrew are: