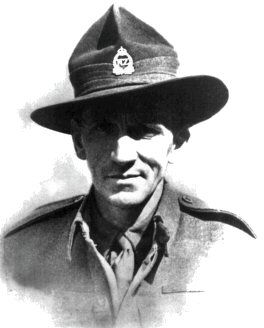 Sergeant Hinton was born at Colac Bay, Riverton, New Zealand, on 17 September 1909, and was 31 years old when the action for which he was awarded The Victoria Cross took place.

The citation from the London Gazette dated 14 October 1941 reads:

"On the night of 28th-29th April, 1941, during the fighting in Greece, a column of German armoured forces entered Kalamai; this column, which contained several armoured cars, 2" guns and 3" mortars, and two 6" guns, rapidly converged on a large force of British and New Zealand troops awaiting embarkation on the beach. When the order to retreat to cover was given, Serjeant Hinton, shouting "to hell with this, who'll come with me", ran to within several yards of the nearest gun; the gun fired, missing him, and he hurled two grenades, which completely wiped out the crew. He then came on with the bayonet followed by a crowd of New Zealanders. German troops abandoned the first 6" gun and retreated into two houses. Serjeant Hinton smashed the window and then the door of the first house and dealt with the garrison with the bayonet. He repeated the performance in the second house and as a result, until overwhelming German forces arrived, the New Zealanders held the guns. Serjeant Hinton then fell with a bullet wound through the lower abdomen and was taken prisoner."

The medals awarded to Sergeant Hinton are: 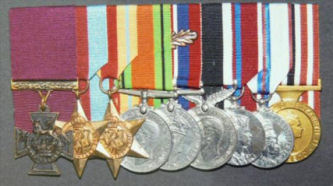