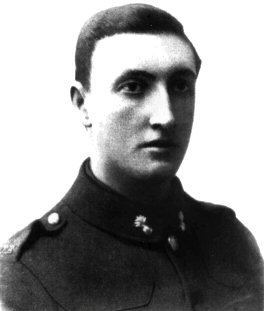 Sergeant Forsyth was born at Wellington, New Zealand, on 3 April 1891, and was 27 years old when the action for which he was awarded The Victoria Cross took place.

The citation from the London Gazette dated 18 October 1918 reads:

"For most conspicuous gallantry and devotion to duty in attack.

On nearing the objective, his company came under heavy machine-gun fire. Through Sjt. Forsyth's dashing leadership and total disregard of danger, three machine-gun positions were rushed and the crews taken prisoner before they could inflict many casualties on our troops.

During subsequent advance his company came under heavy fire from several machine guns, two of which he located by a daring reconnaissance. In his endeavour to gain support from a Tank he was wounded, but after having the wound bandaged, he again got in touch with the Tank, which, in the face of very heavy fire from machine-guns and anti-tank guns, he endeavoured to lead, with magnificent coolness, to a favourable position. The Tank, however, was put out of action.

Sjt. Forsyth then organised the tank crew and several of his men into a section, and led them to a position where the machine guns could be outflanked. Always under heavy fire, he directed them into positions which brought about a retirement of the enemy machine guns and enabled the advance to continue. This gallant N.C.O. was at that moment killed by a sniper.

From the commencement of the attack until the time of his death Sjt. Forsyth's courage and coolness, combined with great power of initiative, proved an invaluable incentive to all who were with him and he undoubtedly saved many casualties among his comrades."

Sergeant Forsyth was killed in action at Grevillers, France, on 24 August, 1918 and is buried at the Adanac Military Cemetery, France.

The medals awarded to Sergeant Forsyth are: 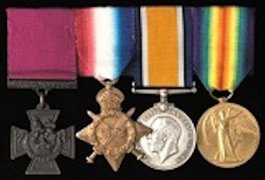