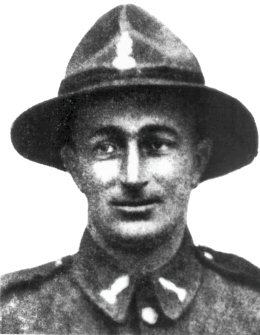 Sergeant Travis was born at Opotiki, New Zealand, on 6 April 1884, and was 34 years old when the action for which he was awarded The Victoria Cross took place.

The citation from the London Gazette dated 24 September 1918 reads:

"For most conspicuous bravery and devotion to duty.

During "surprise" operations it was necessary to destroy an impassable wire block. Sjt. Travis, regardless of all personal danger, volunteered for this duty. Before zero hour, in broad daylight, and in close proximity to enemy posts, he crawled out and successfully destroyed the block with bombs, thus enabling the attacking parties to pass through.

A few minutes later a bombing party on the right of the attack was held up by two enemy machine guns, and the success of the whole operation was in danger. Perceiving this, Sjt. Travis, with great gallantry and utter disregard of danger, rushed the position, killed the crew, and captured the guns. An enemy officer and three men immediately rushed at him from a bend in the trench and attempted to retake the guns. These four he killed single-handed, thus allowing the bombing party, on which so much depended, to advance.

The success of the operation was almost entirely due to the heroic work of this gallant N.C.O., and to the vigour with which he made and used opportunities for inflicting casualties on the enemy.

He was killed 24 hours later, when, under a most intense bombardment prior to an enemy counter-attack, he was going from post to post encouraging the men."

Sergeant Travis was killed in action at Rossignol Wood, France, on 25 July 1918, and is buried at the Couin New British Cemetery, France.

His correct name was Dickson Cornelius Savage, but he enlisted and served under the family name of Travis.

His Victoria Cross is held at the Southland Museum, Invercargill, New Zealand.

The medals awarded to Sergeant Travis are: 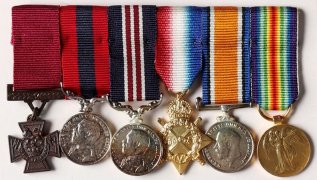