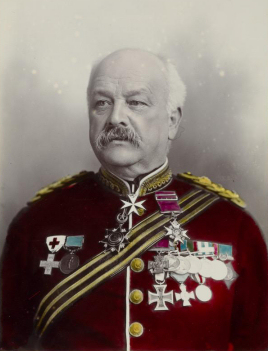 Assistant Surgeon Manley was born at Dublin, Ireland, on 17 December 1831, and was 32 years old, and an Assistant Surgeon in the Royal Regiment of Artillery, British Army, during the Waikato-Hauhau Maori War, New Zealand, when the action for which he was awarded The Victoria Cross took place.

"For his conduct during the assault on the Rebel Pah, near Tauranga, New Zealand, on the 29th of April last, in most nobly risking his own life, according to the testimony of Commodore Sir William Wiseman, Bart., C.B., in his endeavour to save that of the late Commander Hay, of the Royal Navy, and others.

Having volunteered to accompany the storming party into the Pah, he attended on that Officer when he was carried away, mortally wounded, and then volunteered to return, in order to see if he could find any more wounded.

It is stated that he was one of the last Officers to leave the Pah."