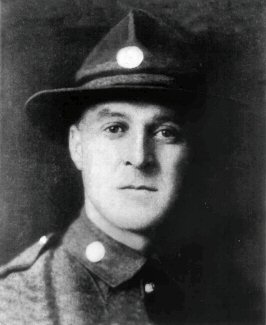 Private Crichton was born at Carrickfergus, County Antrim, Northern Ireland, on 15 July 1879, and was 39 years old when the action for which he was awarded The Victoria Cross took place.

The citation from the London Gazette dated 12 November 1918 reads:

"For most conspicuous bravery and devotion to duty, when, although wounded in the foot, he continued with the advancing troops, despite difficult canal and river obstacles.

When his platoon was subsequently forced back by a counter-attack he succeeded in carrying a message which involved swimming a river and crossing an area swept by machine-gun fire, subsequently rejoining his platoon.

Later, he undertook on his own initiative to save a bridge which had been mined, and though under close fire of machine-guns and snipers, he succeeded in removing the charges returning with the fuses and detonators.

Though suffering from a painful wound he displayed the highest degree of valour and devotion to duty."