Obverse: A cross, in the centre of which is a circle. Within the circle is the Royal Cypher surmounted by a crown.

Reverse: Plain, but since 1940 the year of award has been recorded on the reverse side of the lower arm.

Provision is made for officers of equivalent rank in the Marines, Army, Air Force and Merchant Navy to be eligible when serving afloat. Approximately 1,700 Crosses were awarded during the First World War and 4,500 during the Second World War.

Bars for subsequent acts were authorised in 1916 and one third bar was awarded in 1945. 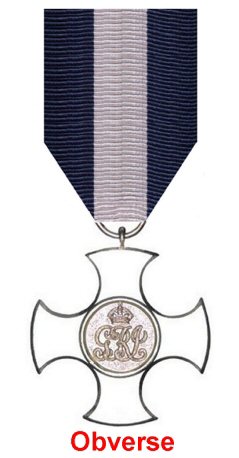